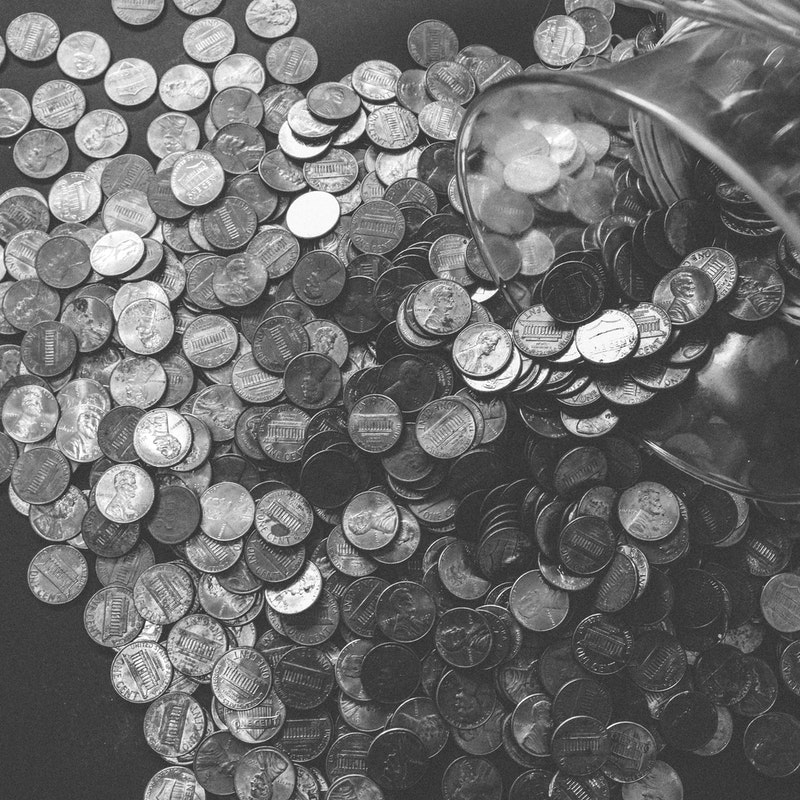 How Much Do Medical Residents Get Paid? An In-Depth Look

Every medical student has heard stories of the sleepless nights that await them in their future residency programs. Residents work long shifts and devote up to 80 hours a week to patient care. But how much do residents make for all their hard work?

Over the years, there have been plenty of debates over how much residents should be paid. There are no legal standards regarding whether residents are students or employees, which causes some confusion around the amounts they should make.

In this article, we'll look at how much medical residents are currently paid by their programs. Keep in mind that the numbers mentioned are based on averages of studies in the U.S. and are not exact. You should contact your program to find out the exact salary levels for residents.

What is a Medical Residency?

A medical residency is a graduate medical education program (GME) in which doctors-in-training can practice medicine alongside senior physicians in a clinic or hospital. This is also the time for graduates to choose which specialty they want to practice and choose a corresponding residency program.

Residencies typically take three to seven years to complete. Most states require doctors to have completed a medical residency before practicing medicine independently.

The jump from resident to doctor comes with a significant pay raise and the freedom to practice wherever your medical license is valid. So how much do residents get paid?

How Much Do Residents Make?

In the US, the national average medical resident salary is $64,000 annually, according to Medscape’s 2021 Residents Salary and Debt Report. Medical residency salaries tend to increase over time, generally starting around $50,000-70,000 a year with an additional $3,000 to $5,000 raise each year of residency.

Salaries also typically include benefits, including:

It isn't easy to give one answer to the question of how much the average resident makes in a year. There are plenty of factors that can influence how much a resident is paid aside from seniority, including:

For example, average resident pay in the US is significantly higher than pay in Europe and Canada, where healthcare is mostly centralized.

A quick google search will show that most medical residents are dissatisfied with their pay, though it has increased since 2020. Some residents start at $48,000 a year, which borders the poverty line in Canada.

Considering the number of hours residents work, it's understandable why many aren't happy with this starting rate. On the other hand, medical institutions aren't keen on raising resident salaries due to a lack of funding and that residents are still learning and require supervision.

A 2019 survey revealed how much residents were being paid in the U.S. by interviewing over 2,200 residents working in 30+ specialties. The results showed that a medical resident’s salary by specialty can greatly vary, and the highest-paid residents were:

The lowest-paid residents in 2019 were in Internal, Emergency, and Family Medicine programs, earning between $57,400 and $58,600. The gaps between these numbers translate to the amount senior physicians are paid a year, with family physicians making significantly less than geneticists, surgeons, and infectious disease specialists.

Some residents get paid $1,000 to $10,000 higher than others. Longer, more complex specialties tend to offer better salaries as well as better pay post-residency.

By most standards, an average residency salary will begin at around $60,000 a year, and their salary will increase by approximately $5,000 with each year of residency. This figure is subject to change based on several factors, though it's safe to assume residents initially remain around the $50,000 area.

By the end of a residency program, residents can be making nearly as much as senior physicians depending on the specialty. Finishing resident salaries range from $70,000 - $125,000 annually.

As mentioned earlier, the amount a medical resident is paid varies largely depending on geography. In Canada, although resident salaries typically increase by the same amount each year, they typically start around $60,000 each year.

This figure also varies from province to province. In Quebec, resident salaries start at around $48,000 a year, making them the lowest paid medical residents nationwide. The highest-paid Canadian residents hail from Nova Scotia, with a starting salary of over $66,000.

Exact figures for the U.S. are harder to find state to state since there are larger variations depending on specialty. Starting salaries for U.S. residents are generally higher than in Canada and never seem to dip below $57,000 regardless of the specialty.

Since healthcare in the U.S. is mainly privatized rather than centralized like its Northern neighbor, pay variations are much more extreme, and a national average is harder to get a hold of. Some residencies have been said to begin at over $100,000 annually, so resident pay really depends on the institution, your geographic location, and specialty.

Most European countries have a universal healthcare system, meaning that while private healthcare exists, it is mainly centralized. Like Canada, centralized healthcare means more regular average pay for residents across Europe.

In the U.K., the average resident salary starts at around £30,000 annually, equating to approximately $35,180 or $44,814 CAD. On the higher end of European resident pay, German medical residents can expect to make €55,333 per year, depending on the specialty. Each European country has an individual nationwide salary average.

What Other Benefits Do Medical Residents Receive?

Benefits vary between individual workplaces and are not guaranteed. In addition to the average salary, most residents receive healthcare benefits such as dental, maternity leave, and life insurance. Some places will also offer their residents smaller benefits like meal cards, parking spots, and lockers.

Most workplaces will give residents paid vacation days and a certain number of sick days. On-call stipends are also typically offered per duty period. More and more workplaces in Canada and the US are beginning to offer parental leave, which allows fathers or secondary caretakers to take paid time off to care for their children.

The numbers here reflect up-to-date publicly displayed information on resident salaries for the first three years of a residency program. Residencies can be up to seven years in length with increasing salaries.

Located in Maine, this MaineHealth medical center offers a plethora of specialties. All medical residents at MaineHealth are afforded the same benefits as regular employees, including vacation days and paid leave.

The Concord Hospital specializes in family medicine, meaning it offers shorter residency programs. Family medicine is generally on the lower end of doctor and resident earnings.

UTSouthwestern is a medical center in Dallas, Texas. Their residency programs offer state-of-the-art simulation training in multiple specialties, as well as standard benefits.

Read below to discover the answers to several commonly asked residency pay FAQs.

Yes! Medical residents are paid to work at their hospitals or clinic. There is some debate regarding whether residents should be considered students or employees considering they're actually a unique combination of the two.

Most residents consider themselves employees considering there is a significant difference between school and residency.

2. What Can You Do with a Medical Degree Without Residency?

Teaching medicine is also an option for medical school graduates who have not completed residency, though a teaching degree would need to follow. Nursing also does not require residency.

3. Do Students Get Paid in Medical School?

Although it's a nice thought, medical students do not get paid during medical school. Students must pay to study and graduate from medical school just like any other university program.

However, residents who have graduated med school and practice medicine alongside a senior physician in a residency (GME) program are paid.

4. How Much Tax Do Medical Residents Pay?

As resident salaries vary greatly, so does the amount they pay in taxes. There are exemptions and tax breaks for residents that are worth checking out. These vary from state to state but can save residents quite a bit during tax season.

5. How Much Is the Pay Increase from the First to Last Year of Residency?

This question largely depends on the length of the residency. Resident pay increases are usually around $5,000 a year for each year of residency.

For example, if your residency starts at $50,000 a year and is a five-year-long program, you'll be making around $75,000 by the end of your residency if your pay raise is consistent.

This figure is an estimation based on median reports of resident salary increases in the U.S.; it is not an exact figure. The amount by which salaries increase depends on the individual program and state.

6. Do Medical Residents Get Benefits?

Some residencies go even further with their benefits and offer meal plans, dental and flexible spending dollars. Typically, these will be available on a hospital’s web page, so it’s good to consider all of your options when looking for a residency match.

7. Is Medical Residency Worth It?

Ultimately, it's a paid learning experience. Although it's hard work, doctors who have completed a medical residency have their pick of wherever they'd like to practice. Medical residency is considered essential by most states in the U.S.

8. Do Residents Sleep in the Hospital?

Although the term "residency" originally comes from trainees residing in the hospitals during their residency, today, it is not common practice. Residents work long shifts and usually have a staff break room to nap in if needed but do not live in the hospital.

9. What Are the Highest-Paid Residencies?

A resident physician’s salary will generally range from $50,000-$70,000 a year. The best medical residencies include competitive benefits:

Conclusion: How Much Do Residents Make?

A medical resident’s salary usually begins at around $50,000 a year and increases by around $5,000 each year. The starting point of residency salaries depends mainly on where the residency is located, though the increase is usually about the same.

Whether or not residents are paid enough for their work is constantly up for debate. If you’re a resident and you are looking for HR resources, plenty exists to preserve the integrity of residents. 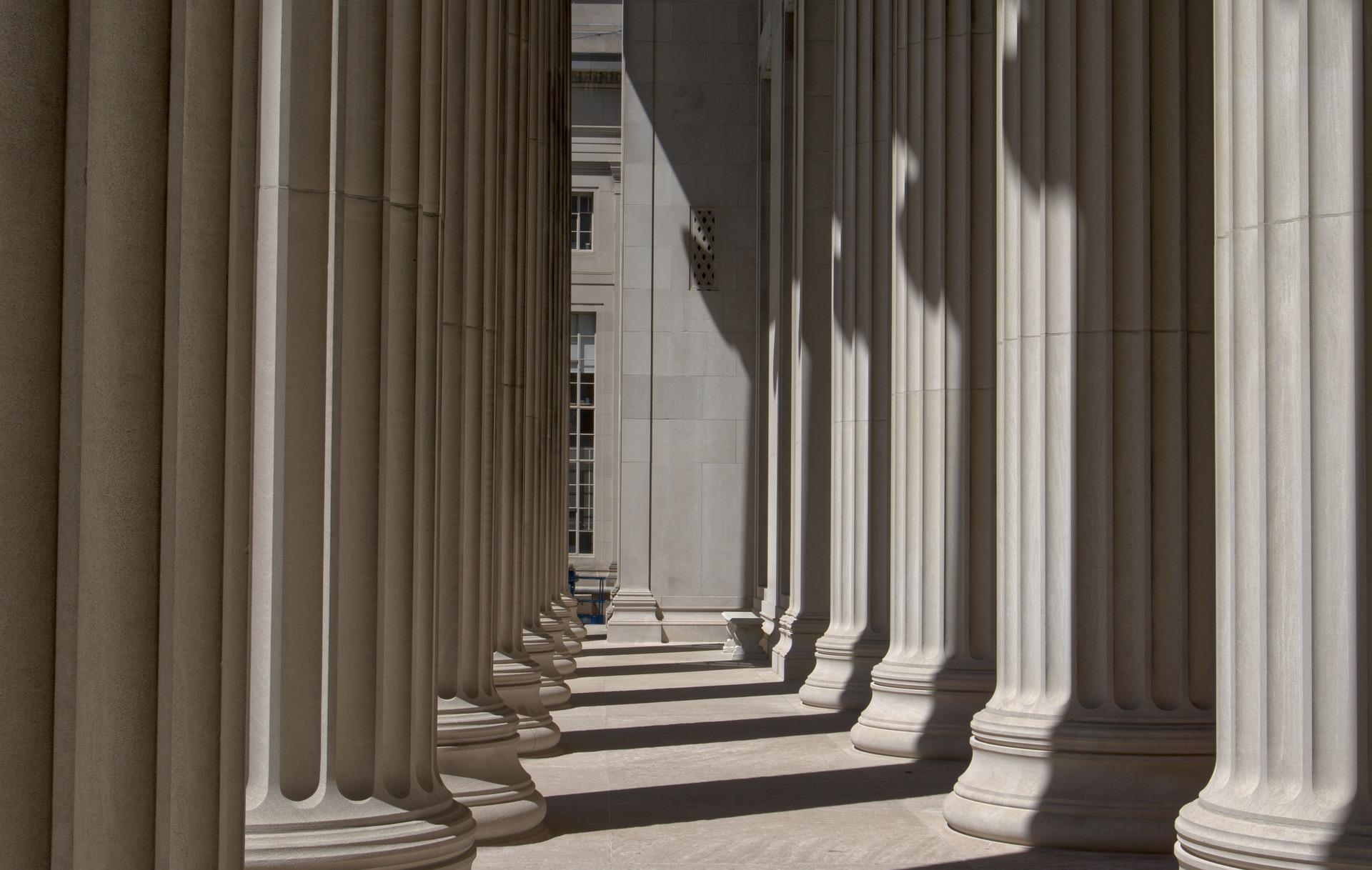 What You Need to Know About Medical Schools in Indiana 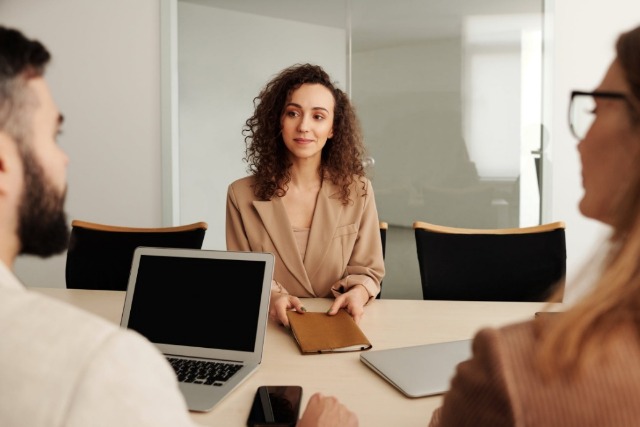 How To Prepare For Med School Interviews: A Complete Guide